Our journey began with a little road trip from Paris to the Normandy coast in northern France.

Eight women, 2 mini-vans, and tons of luggage headed from Charles De Gaule airport through
the busy streets of Paris.....ignorance is bliss!! Marcia at the helm of the VW soon lost her
way but through the generosity and understanding of many Parisiens, she was on the road to
Normandy. After a 2 hour drive through the countryside on some of the best highways in the
world, we arrived at our destination....the Hotel Helios in Deauville, France. Deauville is the
playground of the rich and famous, often referred to as the Monaco of the north and along with
the mansions and summer homes of the likes of the Michelin family and the sultan of Brunei, you
will find high end shops of every description, a Casino and Conference Centre. The beaches and
boardwalks are outstanding and boast some of the finest restaurants of Normandy. After a group
dinner to begin our adventure, we all settled in for some needed rest....the next day was sure to
hold more adventure and wonder!! 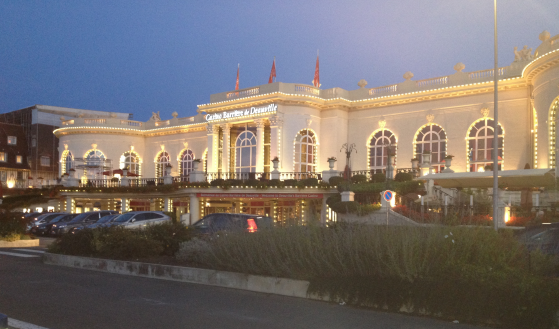 Day 2: Early risers...except for a couple of ladies who shall remain anonymous.... ;) We had a
lovely breakfast at the hotel. Shortly thereafter, we headed to the Dday beaches. Our first
stop would be the Juno Beach Memorial located in Couseuilles sur Mer, France. 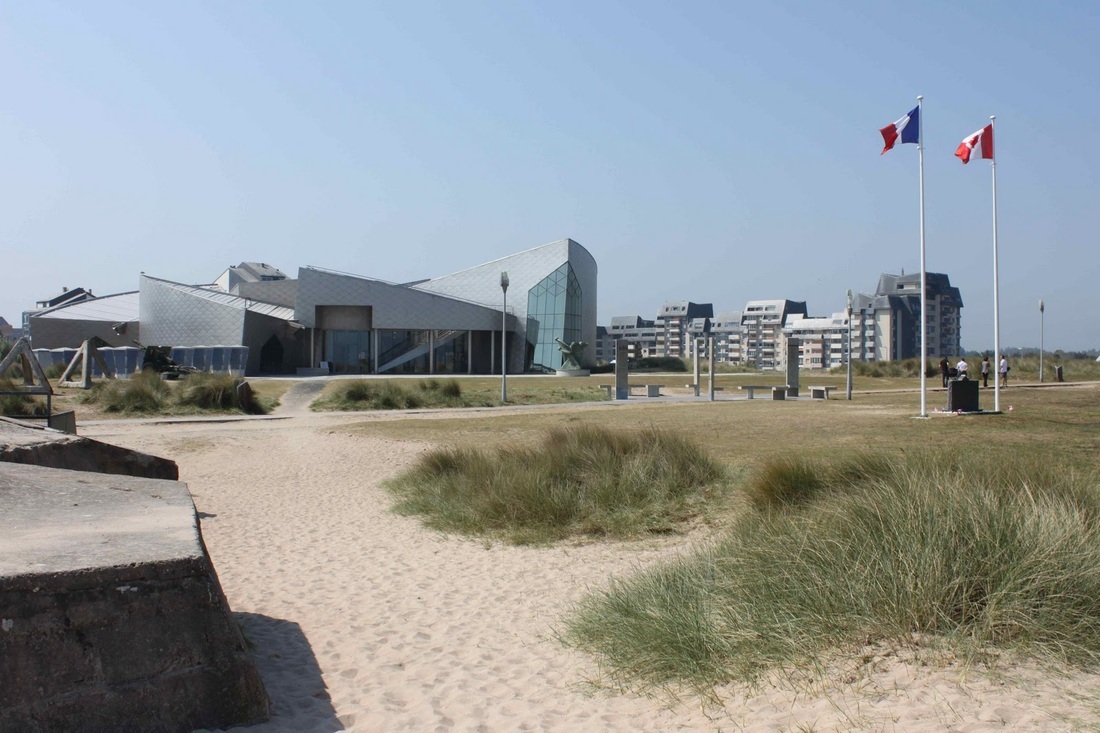 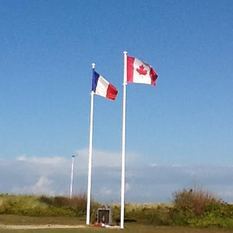 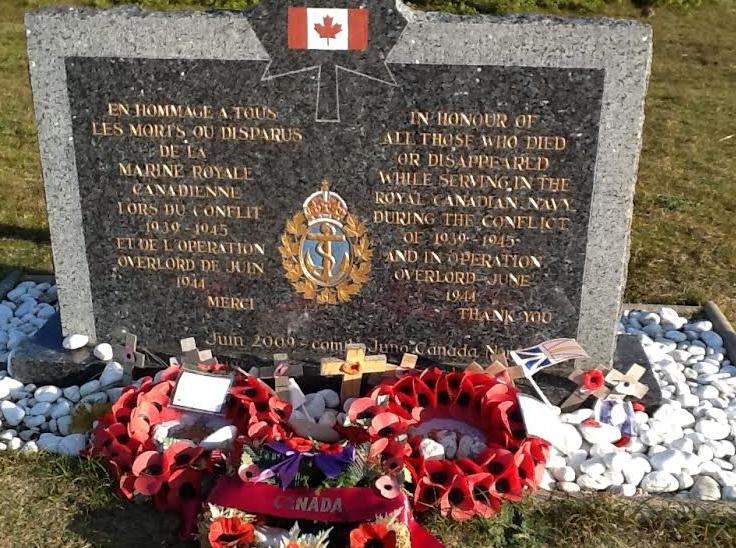 The land was donated to Canada by the government of France to commemorate the bravery and selfless
sacrifice of Canadian soldiers during the taking of Normandy on June 6, 1944. The sun was out and the channel is bright blue....this was not what our Canadian soldiers saw on June 6,1944. It's a moving site to see the pillars of all those who contributed to make this Centre a reality. Our visit brought
to life the horrors of that day. It also brought to life the memories of one of our travelers. Lo and
behold, the photo of one of our ladies, Misao, as a child along with her family as they were being
displaced to Japan during the Japanese internment. It was a moving and unforgettable moment
of our journey. We also attended a brief ceremony to honour more soldiers being recognized
by a school from Quebec. The Juno Beach Memorial was built as a permanent reminder of
the Canadians who gave their lives for freedom.

Next stop, Benys-sur-Mer, the location of the Canadian cemetery. Over 3000 Canadians are buried there. Again the land was given to Canada and the cemetery is beautifully maintained by the citizens of the village of Benys-sur-Mer. Another reminder of the contribution of Canadians in the liberation of France during WWII. 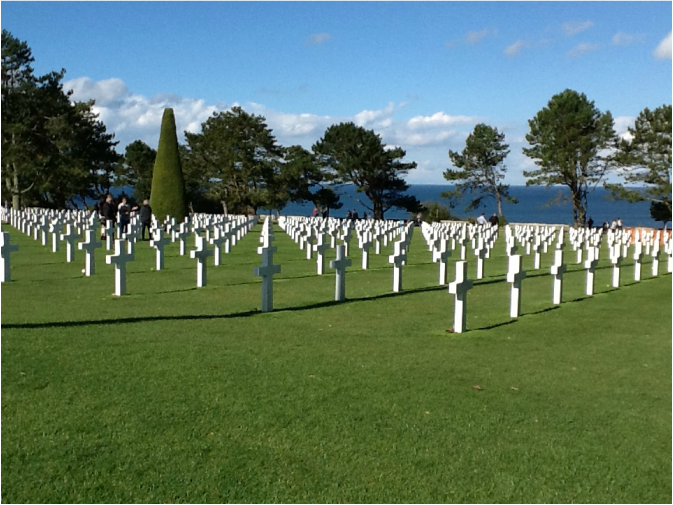 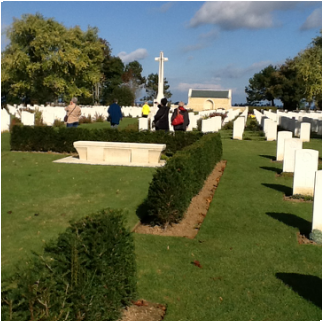 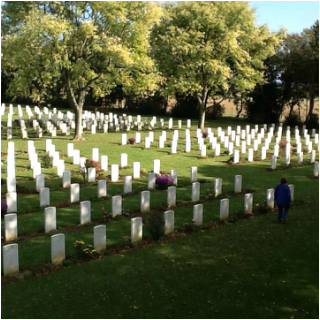 Lunch time was spent in Arromanches, a small village on the coast that served as a supply depot
during the war. It is also the home of the DDay Museum.
Our next stop would be the American Cemetary in Coleville, France. This donated land to the
United States is the final resting place of more than 10000 soldiers who died during the taking of
Omaha Beach. It is an unbelievable site to see 10000 crosses in this vast cemetery. 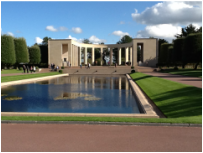 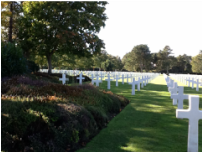 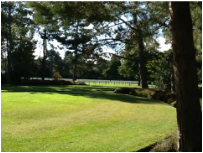 It was a long day....so we headed back to Deauville!! Have to check out the shops and have a nap!!

Start your trip to Beny-Sur-Mer, France

Start your trip to Beny-Sur-Mer, France