The Largest Natural Zoo In The World

The quaint Casa Marita is about 5 minutes from the pier and a 5 minutes from town - walking. Isabela Island is the largest of the Galápagos Islands. Isabela has 6 volcanoes each with their own species of land turtle. You could spend an entire vacation of several weeks just on this island. 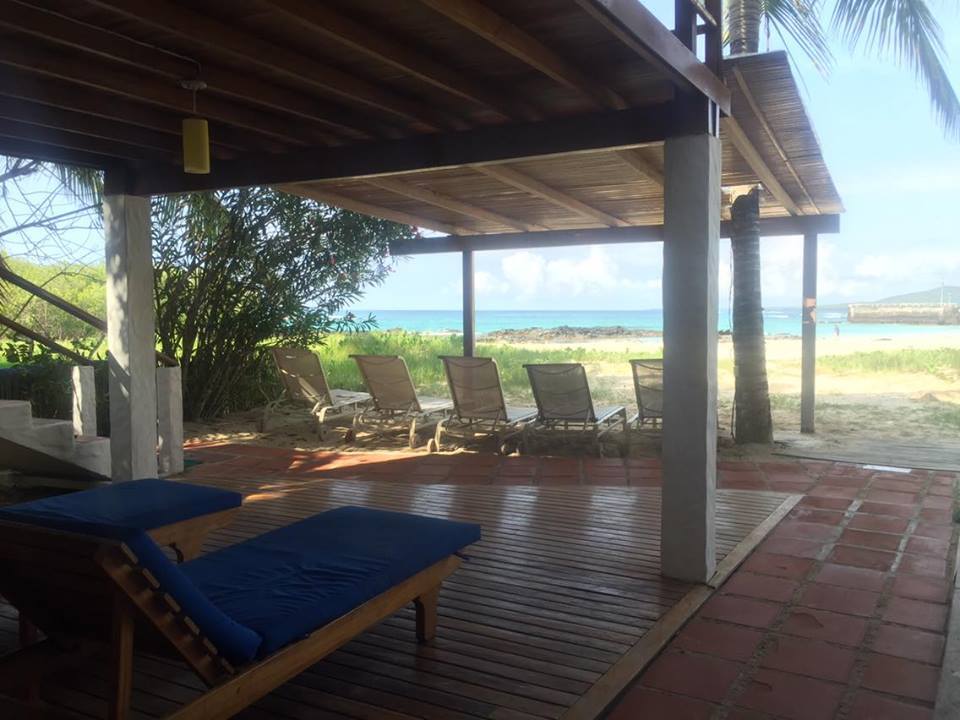 In the morning we walked down a lovely mangrove boardwalk to a protected snorkeling area. By "protected" I mean from the waves and currents. Only 3% of this island is NOT protected. By the way, that means, you can't go anywhere without a naturalist guide.

Some saw rays and all of us swam alongside water iguanas and played with the friendly fish. I can't wait to see what we captured on GoPro footage of these sweet little orange lipped, blue eyed fish blowing kisses at the camera. A seal also entertained us from the shadows of the mangrove. 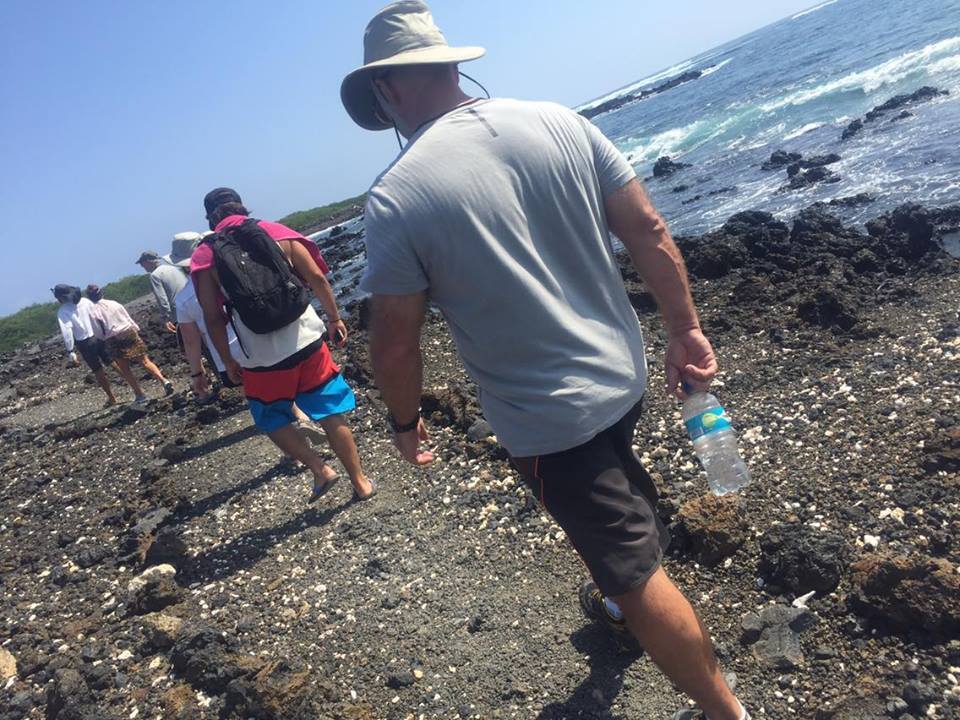 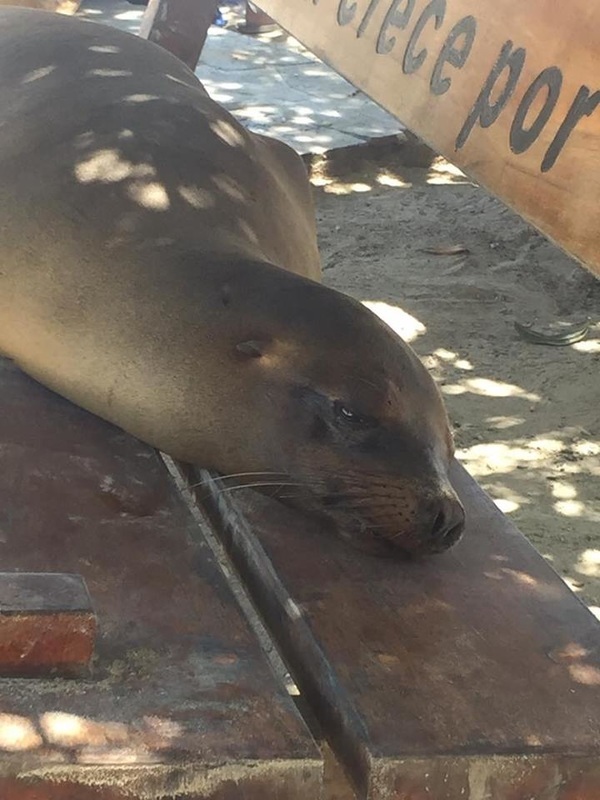 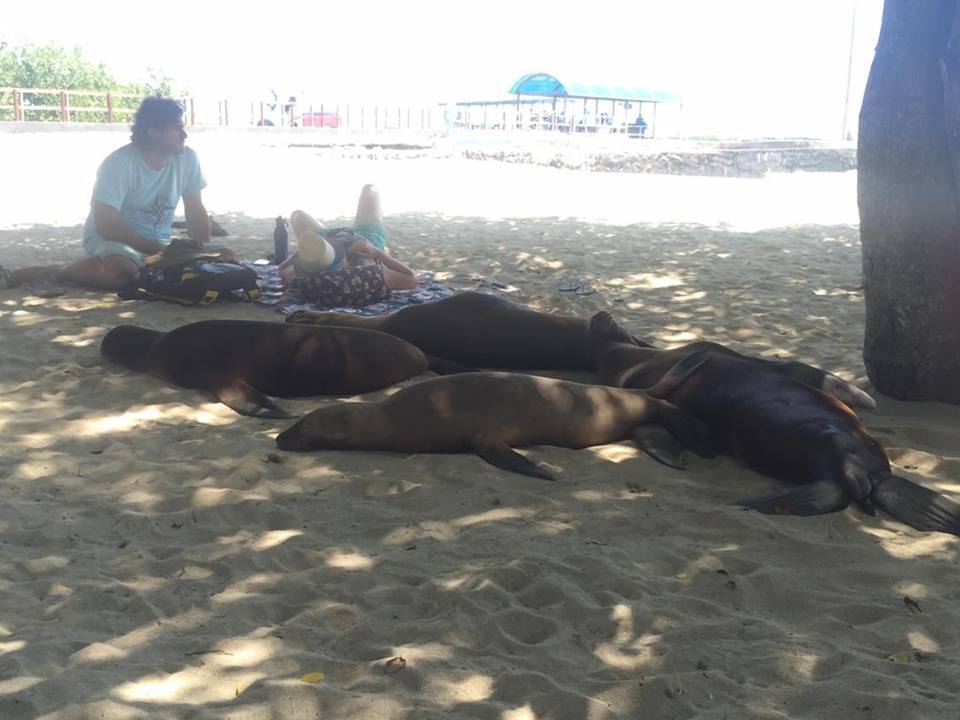 Notice how close the sea lions are to the people having a picnic!

After a casual lunch, we headed back to the pier for a boat ride tour and snorkel. Our guide Sebastian, described the Galápagos as the largest natural zoo in the world. We learned the difference between seals and sea lions is that sea lions have ears!

Galápagos sea water is far more salty that elsewhere in Latin America and you can feel it, in your mouth, up your nose and the fact you float so well you don't need a life jacket! Iguanas deal with the excess salt by spitting it out their noses. Sea lions cry out the salt and the mangroves have tunnels out the end of the leaf to release the salt.

It is believed that the blue colored feet of the blue footed boobies has something to do with their blood circulation. After only 5 minutes of dying, the booby's feet turn black!

Boobies are divers. They circle high and plow into the water, going up to 30 feet deep and usually catch their prey while coming back to the surface rather than on the way down. 7 out of 10 times they dive, they get a fish! 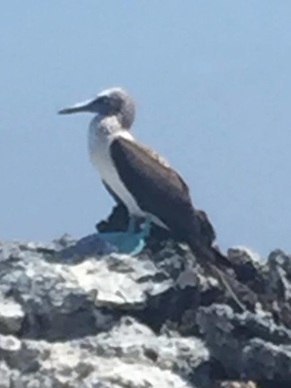 Within about 15 minutes on the boat tour we saw sea turtles, penguins, sea lions, cranes, boobies, bright orange crabs, sea iguanas, tuna and probably more. The next part of our tour was walking among the eerie landscape of lichen covered lava rocks and thousands of sea iguanas. It was smoking hot and we were grateful for ample sunblock. 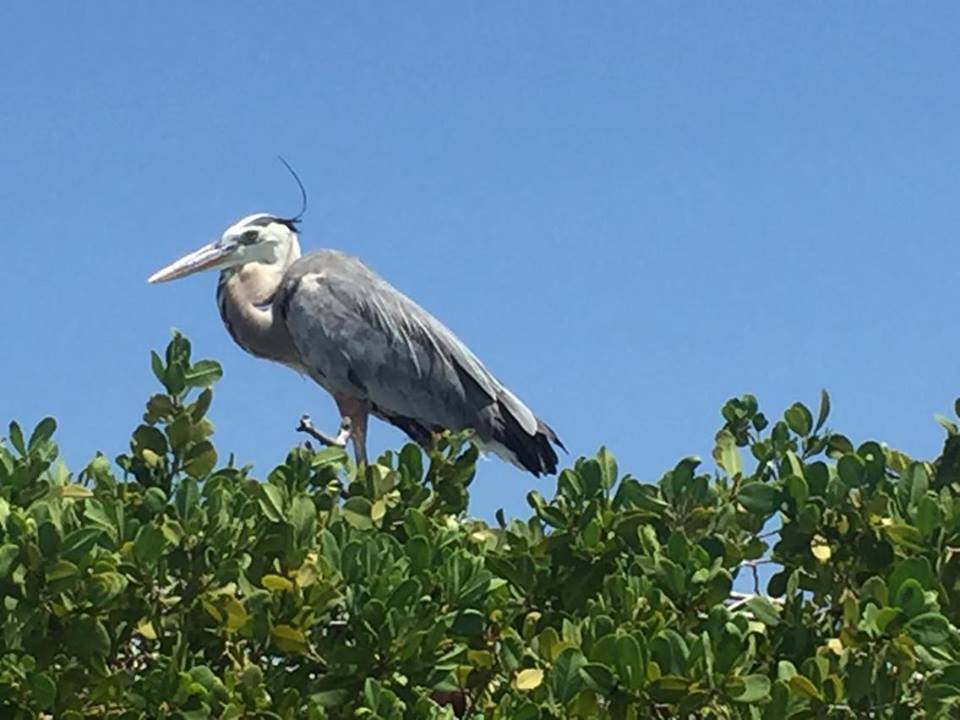 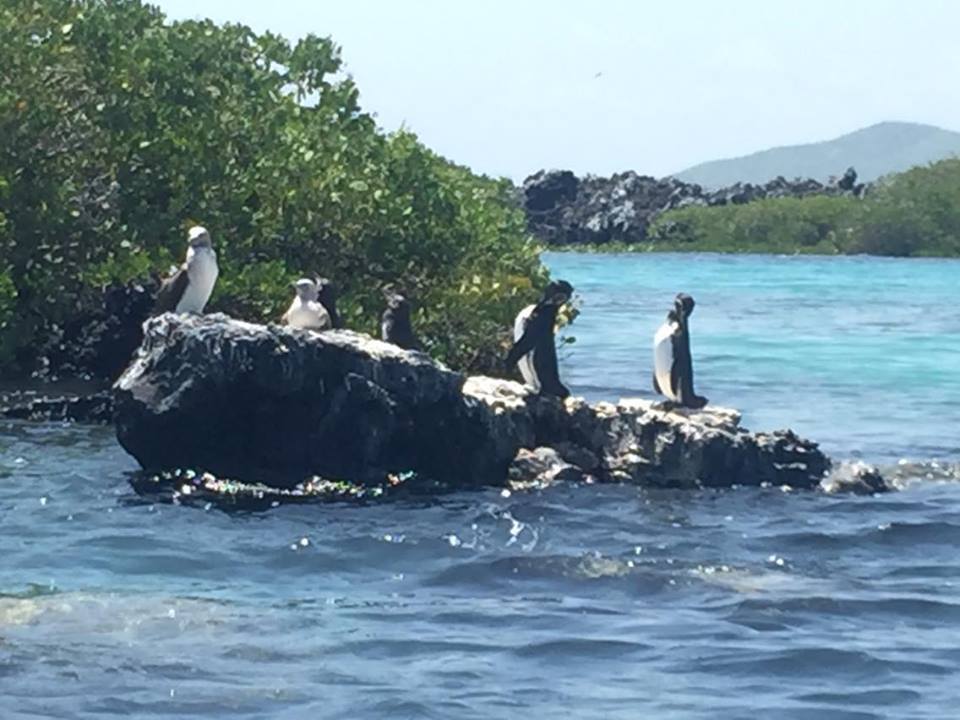 The final third of our afternoon was face down in the water. Within seconds of peering into the crystal blue, we landed our eyes on a large and fearless sea turtle, grazing at the ocean floor while various colorful fish cleaned his shell and extremities.

This was the most challenging snorkel trip I have ever been on. It was a current drift with wave crashing nearby. We were in the water for well over an hour and covered a lot of ground. It was worth it.

The lava has created these great canyons in the sea. At times it was a challenge to decide whether to keep your face in the water or look at the penguins and gorgeous crabs just inches from you on the outcrops above the waterline.

When you snorkel or dive, you become one with nature in a way that no other activity really allows for. It is like this even more so in a place where the animals are so protected and unafraid of humans.

We swam with several sea turtles, penguins swam within a foot of us, eagle rays and sting rays floating mysteriously and elegantly in circles around us. We saw reef sharks and many other great sights.

Congregating on Casa Marita's patio after the day to tell our stories with some wine, beer and lots of laughs was a highlight and a beautiful way to end the day.