Here are a couple of gems that I found when going through my trip photos. In the last blog post I wrote about one of our ladies that was on the trip with us, Misao. Along with many people of Japanese heritage, Misao and her family were displaced to Japan during the Japanese internment. At the Juno Beach Centre we found this photo of a young Misao. (see above) 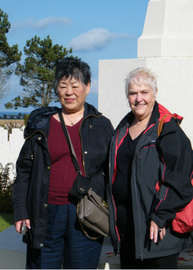 Misao with Marcia at the Juno Beach Centre in 2014
We also came across a wall of plaques. The plaques were part of a fundraiser for the Juno Beach Centre. In 2004, my students at Walnut Grove Secondary, some whom I have traveled with on a school trip to France, wanted to help with the fundraising. There are 10 plaques from my students that are now displayed on the wall at the Centre. Each plaque costs $250 and in order to pay for them my students did a penny drive. We rolled pennies for weeks!! But it was so worth it. :) 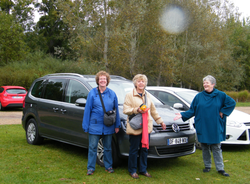 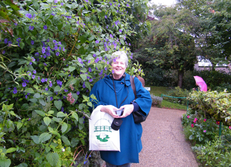 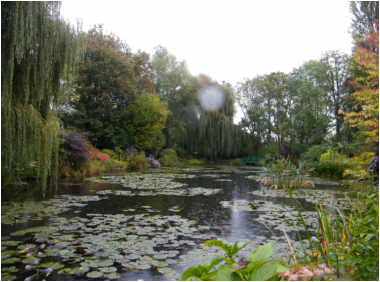 Day 3: We started out day 3 with a lovely breakfast and then split up into two groups. One group of 4 ladies went to the early morning market in Trouville (next door to Deauville) and the other 4 took to the road and headed to Giverny to visit Monet’s gardens and home. It was a great day until it started
to rain but we made the best of it.
Ten years after his arrival at Giverny, Monet bought a piece of land neighbouring his property. He later turned that land into the famous pond that was inspired by Japanese gardens. To get to this water garden, you need to walk through an underground passage. Thousands of visitors travel to see Monet's gardens every year. Although tourists need to walk on the sides, they can walk all around the garden. It is truly a world of beauty and it is easy to see why Monet found inspiration there.
After our trip to Giverny, we met up with the others at Charles de Gaule airport and would then start our next adventure with Avalon River Cruises!
Avalon picked us up at the airport.....8 of us in a bus for 50....and we headed into the heart of Paris to the Montparnasse Pullman Hotel....a 41/2 star hotel near the Eiffel Tower. We were met by a representative from Avalon, given our rooms and escorted to an information meeting where they outlined the next 11 days. Our rooms were lovely and afforded us with spectacular views of Paris. We dined in that night on French saucisson, cheese, baguette and of course wine!! It was a great dinner. 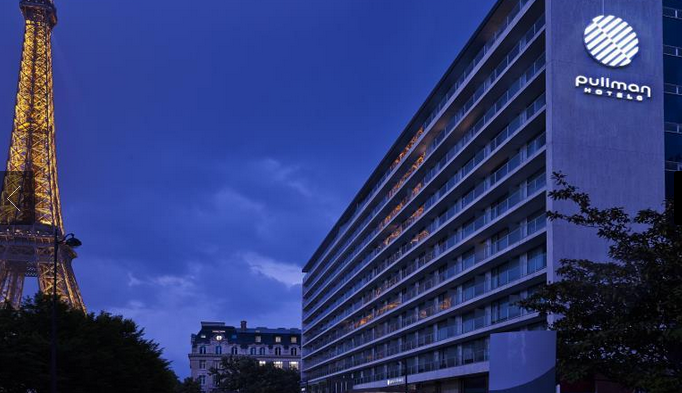 Day 4: Today....PARIS!! It started with a city tour as part of the Avalon experience. We had a
great guide who showed us all the most important landmarks of the city and helped us to decide
what we would do during the free time in the afternoon. A few of us braved the Paris metro and
headed to Montmartre and Sacre Coeur. Others took part in an Avalon walking tour of the artists
quarter. From all reports, it was a great tour. 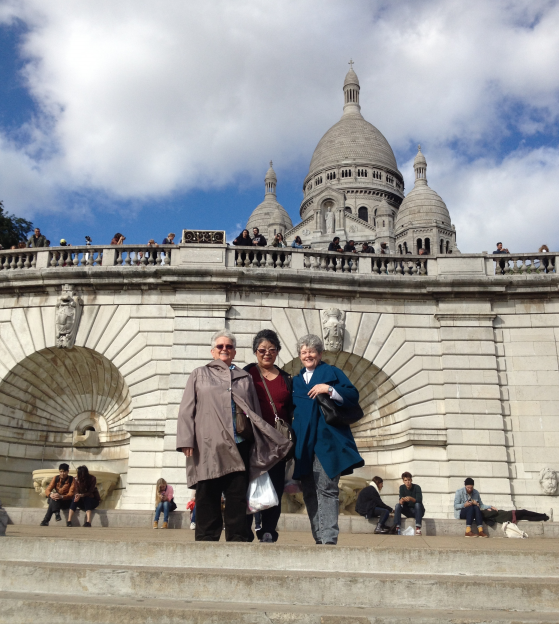 Montmartre is the highest point in the city of Paris and that is where we found the Basilica of the Sacred Heart of Paris, commonly known as Sacre-Coeur. Sacré-Cœur is a double monument, it is a Roman Catholic church and a minor basilica. A magnificent structure that was definitely worth visiting.


During the evening we headed over to the Eiffel Tower to see it sparkle on the city skyline.

Start your trip to France

Start your trip to France