Our day started with a trip to the centre of the world. That would be zero degrees latitude. Of course there is a monument and we all had to walk the yellow line painted along the line of the equator. A couple who arrived a couple days earlier visited the cloud forest which was a "bird nerd's" dream. (Their words.) They said the variety of hummingbirds was phenomenal, both in colors and sizes. 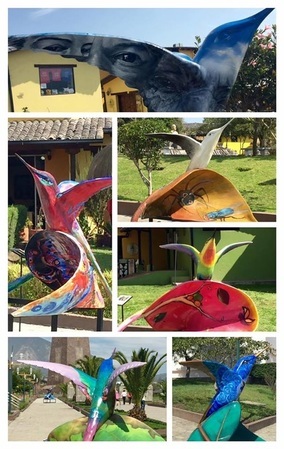 An artist created these beautiful hummingbird sculptures displayed at the Center of the World monument. 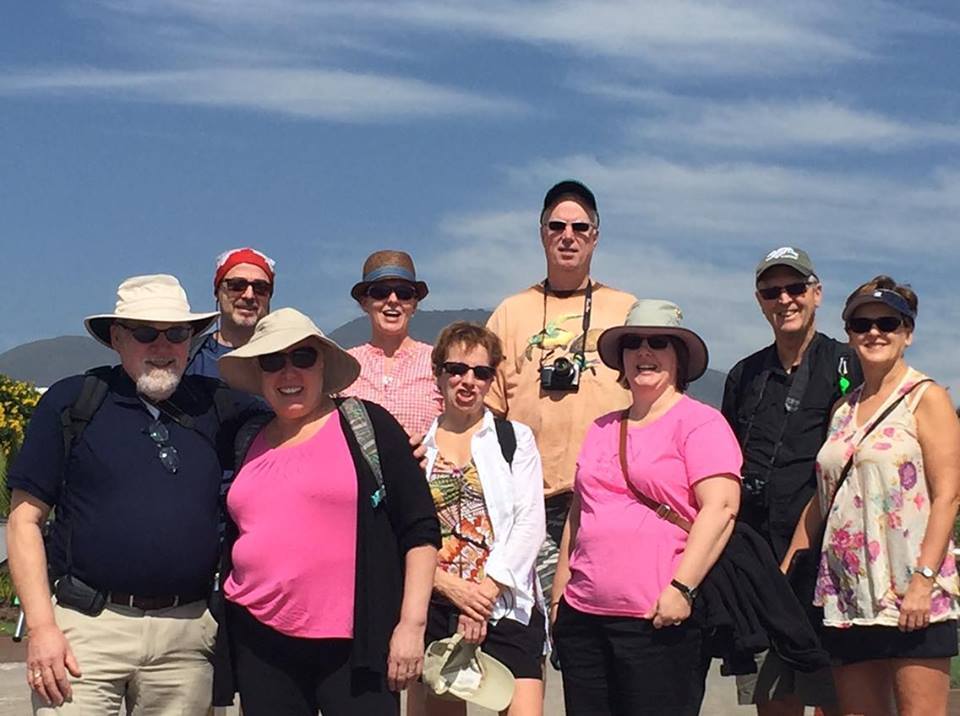 Quito is the 2nd highest city in the world at 2820 meters above sea level. Some of our crew were struggling somewhat with the altitude, however, we took a vote and decided to take the Teleferico cable car up to the elevation of 4500 meters. The views were astounding. Several of the country's highest volcanoes were visible surrounding the sprawling city of Quito. The fields were also a beautiful contrast to the concrete jungle below. 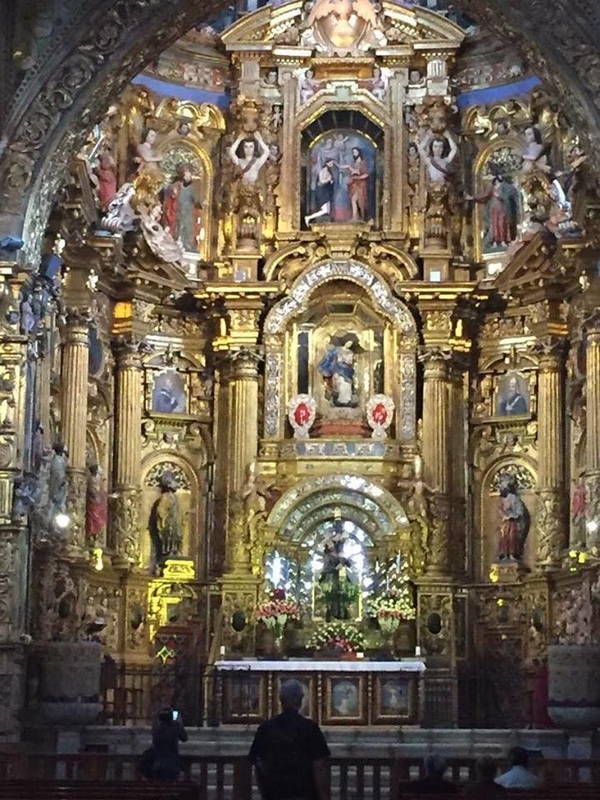 Our next visit was La Virgin Del Panecillo. She stands 45 meters high, higher than the Christ the Redeemer statue in Rio Di Janeiro. She was striking made with her 7000 pieces of aluminum. We then walked the city for a couple of hours, entering cathedrals dripping in gold leaf, ornate ceiling frescos and rich with history. It was interesting to hear the stories of the Incas and Spaniards with their various reigns and impact on the city and that it was the Jesuits that brought education to Ecuador.

Touring the old town of Quito started with a beautiful lunch at Casa Gangotena, a former estate of a wealthy businessman, turned luxury hotel and restaurant. The hotel was reminiscent of Raffles Hotel in Singapore in miniature. Traditional meals in Ecuador include a variety of sauces. It seems the more high end the restaurant, the more variety of sauces. They all have at least a little spice and range from sweet mango to jalapeño and tomato. Guests are encouraged to use it from bread to salad to meat - everything except dessert! 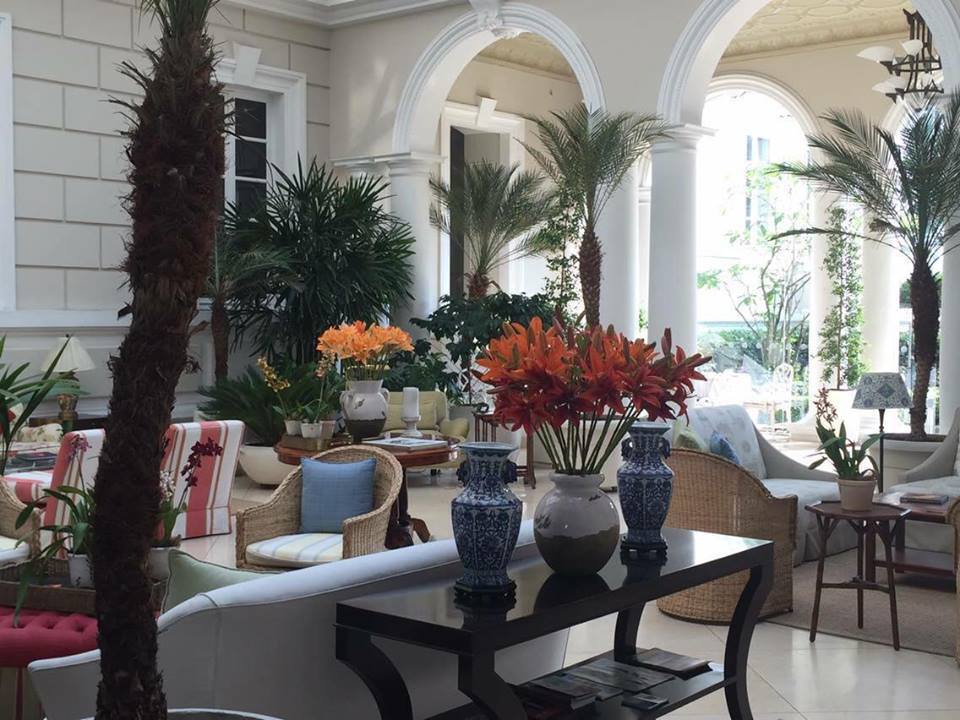 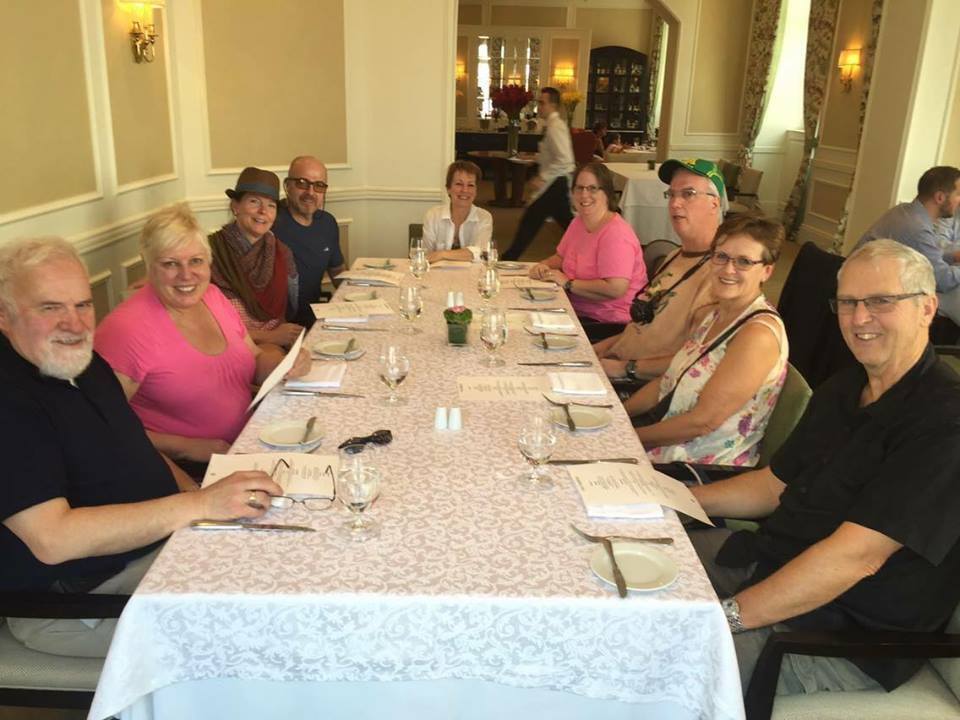 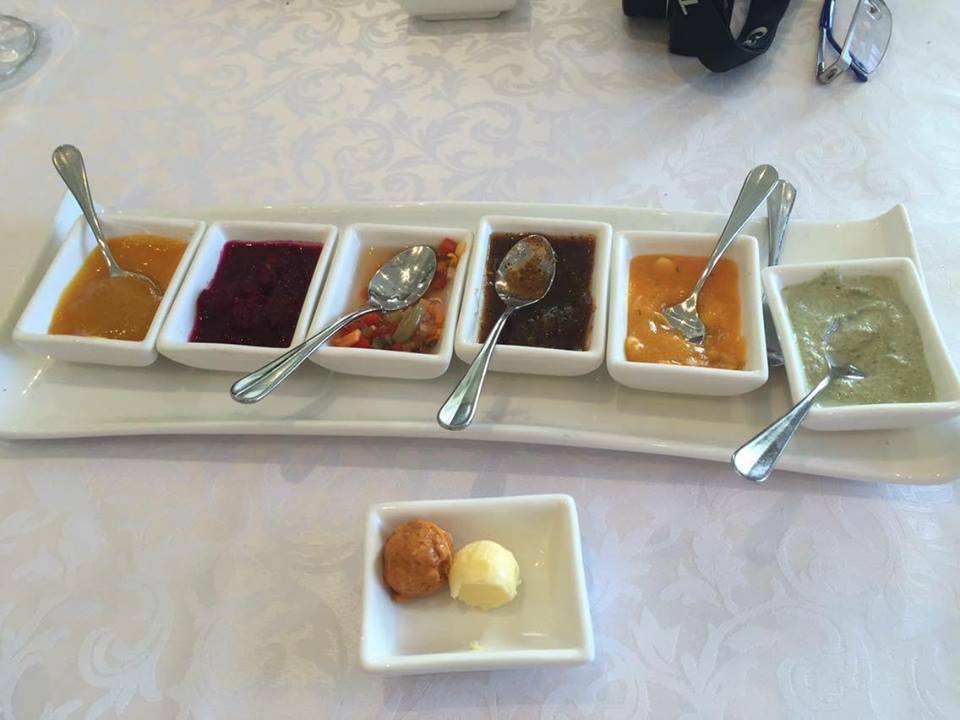 Start your trip to Quito, Ecuador

Start your trip to Quito, Ecuador