The hotel was kind enough to feed us breakfast after another, more calm, island transfer. We were soon joined by our Naturalist guide, Fabian. We were surprised to see him as we weren't supposed to go for a tour until the afternoon. A giant smile and bouncy enthusiasm, he explained our reserved boat had broken down and he had secured a better, glass bottom boat for us if we could leave in 20 minutes. We are traveling with a stellar group of people who were up for the spontaneous change of plans. The amusement of seeing sea lions up close and watching boobies crash through the sea's surface, never gets old. It does get a bit more challenging to write about... 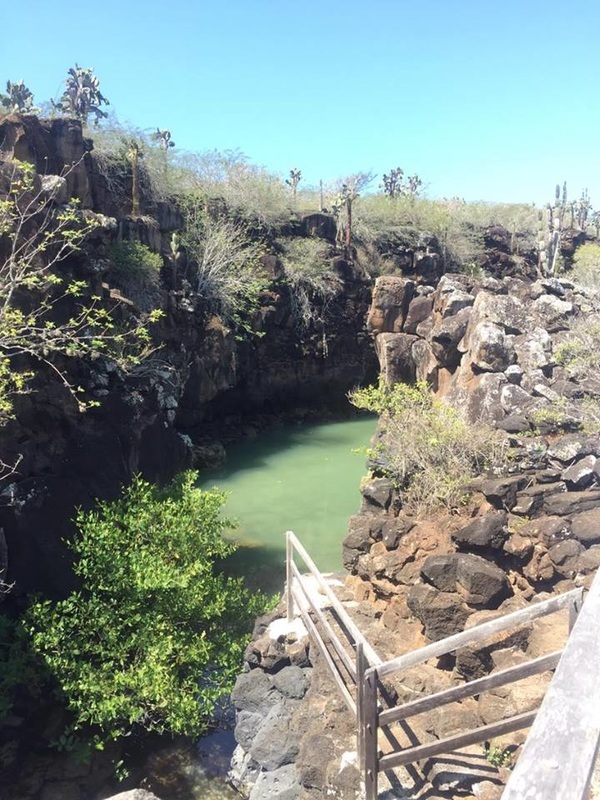 We were able to get within a couple feet of a large young male sea lion, keeping cool in a tidal pool. HOWEVER... Again we jumped overboard from our boat and saw a giant sea turtle grazing the bottom of the shallow water. It was so clear, you could see all the color variations in the shell and the bumpy skin over his head and neck. Several more turtles swam gracefully around us among other schools of colorful fish.
We saw Lover's Canal between some lava walls rising near the shore. This along with another canal have become resting places for white tip sharks during the day. We were not graced with their presence. 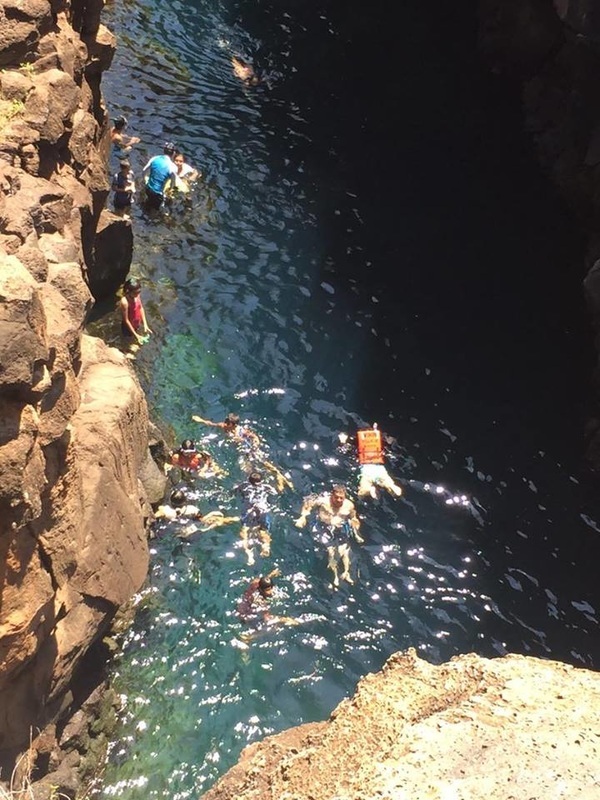 A short flat hike to another brackish canyon, we were able to leap off a dock into to coop refreshing water. The water color was variations of deep turquoise against the black lava. On the boat ride, someone joked about story time and Fabian pulled out his book. He authored a book on the Galápagos, filled with beautiful photos of the flora and fauna. 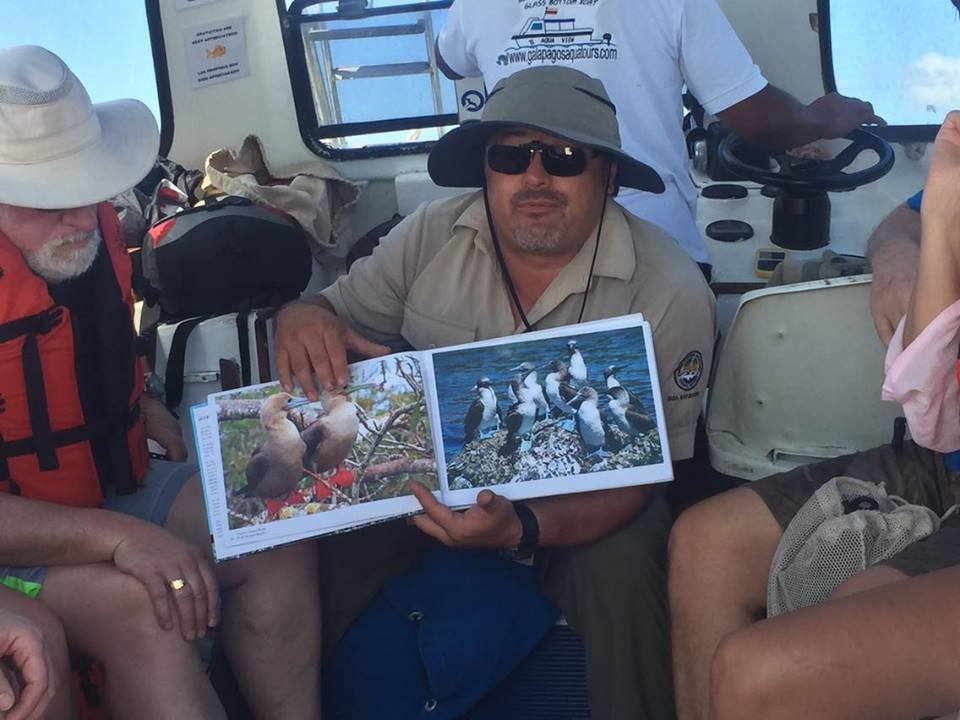 With a bonus afternoon to explore the town of Puerto Ayores, Santa Cruz, we all stumbled upon various personal treasures. We followed our noses to the sweet smell of freshly baked bread to a bakery that hand made everything including beautiful ice cream, gelato and sorbet.

On a hunt for accommodations for future groups, we sauntered through the gates to Red Mangrove. The shady hotel path was somewhat flooded from the high tide. Blood orange 3 story buildings twisted alongside to the path to the small reception desk. The "lobby" didn't really exist. Past the reception desk was an elegantly dressed sushi dining room spilling out to a deck overlooking the harbor. It wouldn't be the cheapest eats in town, but it may get top grades for ambience and location. We viewed the suites which had 180 degree ocean views with ample square footage for up to eight guests. 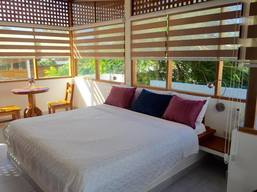 In the afternoon wander, a couple of the ladies had stumbled upon a happening pizzeria and suggested we all go there for dinner. As the afternoon and evening passed by, we all fell to different places of the island and it seemed unlikely we would congregate. Somehow, the bulk of us drew together like magnets and strolled back to the new find. Apparently the scene was completely different than they had seen earlier. We were greeted by a closed off street, lined on each side by Ecuadorian eateries, tables loaded into the street, smells of charcoal cooked beef, chicken and fish. We walked the gauntlet of tourist poaching hosts and hostesses to land right in the restaurant initially desired. We had fun joking around with the waiters and eventually the chef came out to meet us. He was a chef on Royal Caribbean Cruise Lines for 13 years and continues to cook on the Galápagos Expedition. The latter charges $22,000 for an 8 day cruise of the islands. Another action packed day. Another quick sleep. Another adventure to follow.