Having grown up in Wisconsin, my husband and his entire family are HUGE Green Bay Packers fans (complete with Cheeseheads)! Since basically all of the football tickets are passed down from generation to generation, we felt privileged to be invited to join his family when they went to the opening weekend game. Since Green Bay is only four hours from Potato River Falls, I wanted to spend an extra day and drive over and see it for myself.

Our wonderful travel agency, Walnut Grove Travel, helped us make the arrangements and found us really affordable airfare. His family was going to pick us up at the airport since we hadn’t seen them in a few years. Getting ready for the tailgating before the football game, we prepared what seemed like a mountain of food, got the grills ready, beers chilled in the cooler and fan paraphernalia ready.
The game was louder than I expected, having never attended a professional football game before. Fortunately, the Packers won, so my husband and his family were ecstatic! 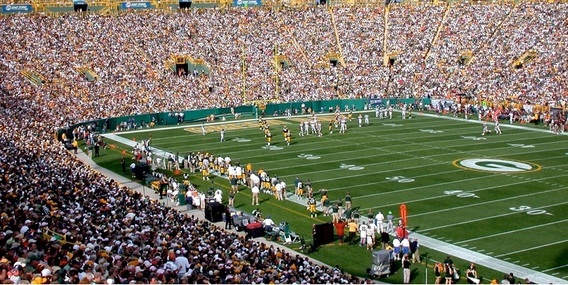 The next day, after sleeping in late, we started driving to Gurney. His brother and his wife joined us so we had a great time catching up on the drive. We drove through many national forests until we finally arrived at our destination – Potato River Falls.
I’d wanted to see Potato River Falls after it was named one of the ten most spectacular waterfalls in the United States. We’d already seen a few of them, so I could check off another one off my list.
Next my husband wants to visit Glacier National Park in Montana. It’s always been one of his travel dreams. Thank you Walnut Grove Travel helping us with finding affordable airfare, car rental and hotel! 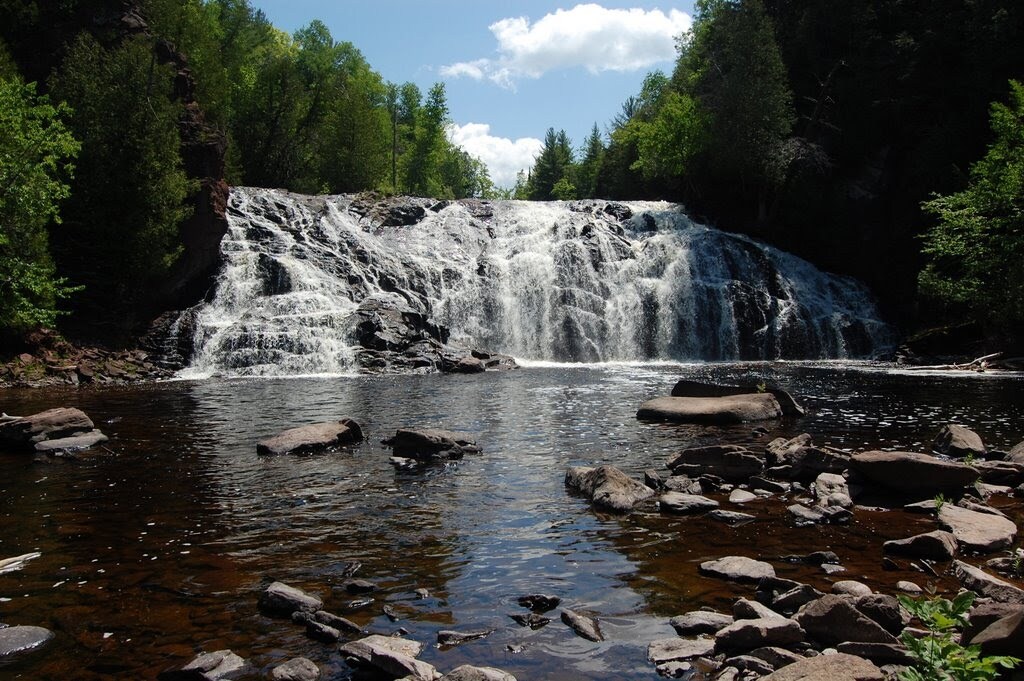