After a long day flying, we arrived at our adorable hotel in Quito, Ecuador. Cathy really scored with this one. We're right in town and the rooms and staff are welcoming.

Our first tour included a drive through Quito. Quito is nestled in the mountains of Ecuador, is only about 5 Kim's wide and 36 km long. Being at over 9000 ft. up a few of us could feel altitude effects (slight dizziness, shortness of breath). We took it easy and drank lots of water.
Our first stop was the middle of the earth Latitude 0'0'. There's a huge monument with yellow lines radiating out. A beautiful setting with many stores selling local wares.
Of course there's the famous egg balancing on a nail attraction. We were shown a few times how this could be done but weren't actually able to do the same no matter how many times we tried. 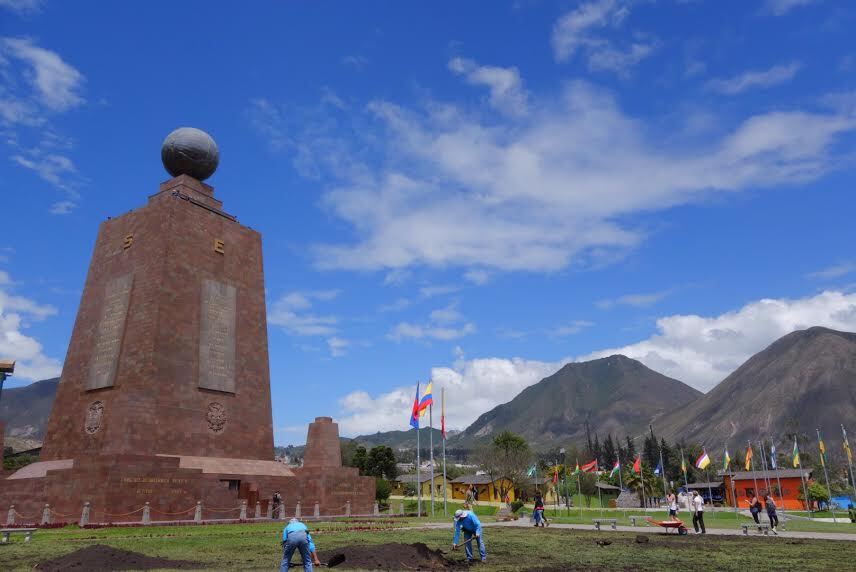 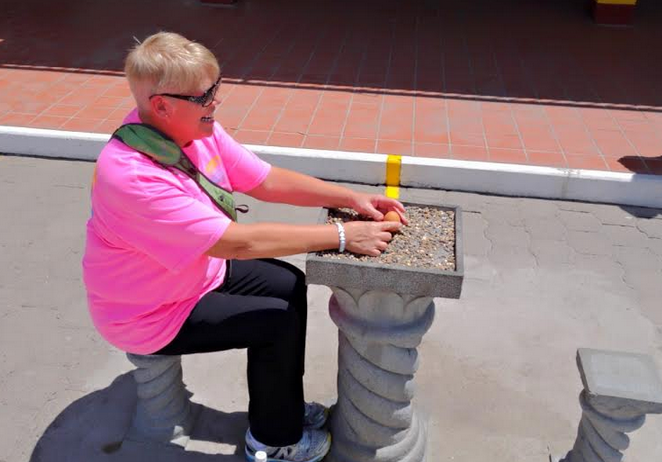 Cathy trying her luck at the egg trick 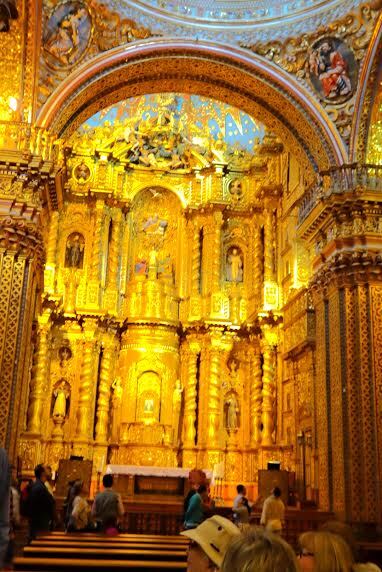 Later we were driven to the top of a local mountain where the "Virgin of Quito" stands. Made of over 7000 pieces of aluminum, it stands over 11000 ft. above sea level - yes we could definitely feel it!
The local Ecuadorian people are beautiful and friendly. Spent some time in the old part of the city seeing many churches and squares.
So much to see in this sunny mountainside city. 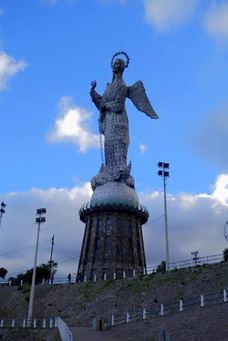 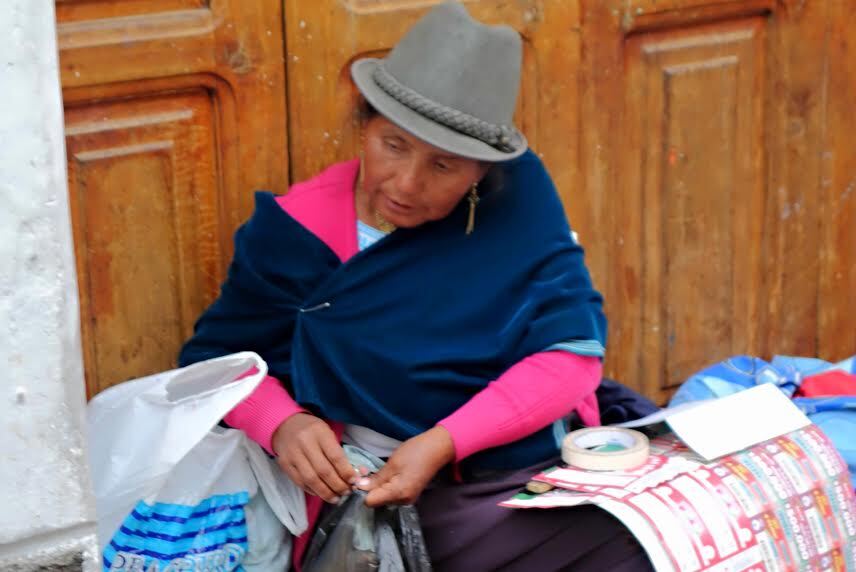 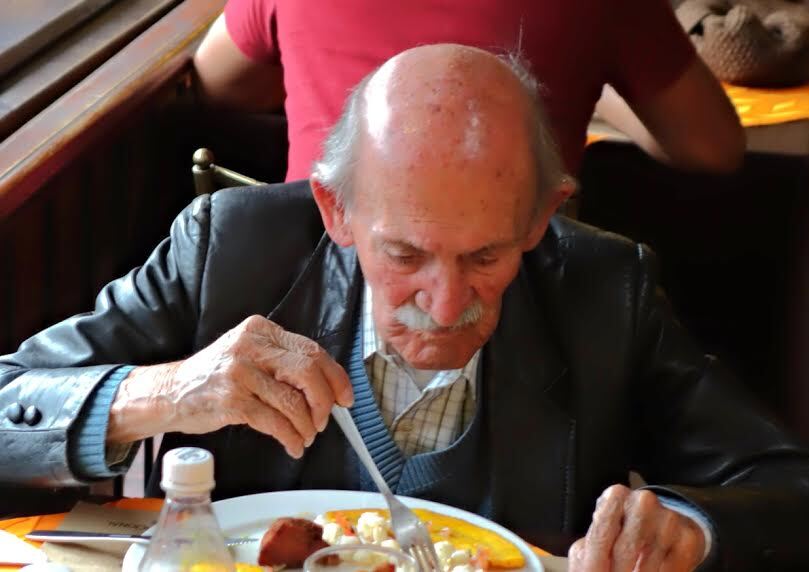 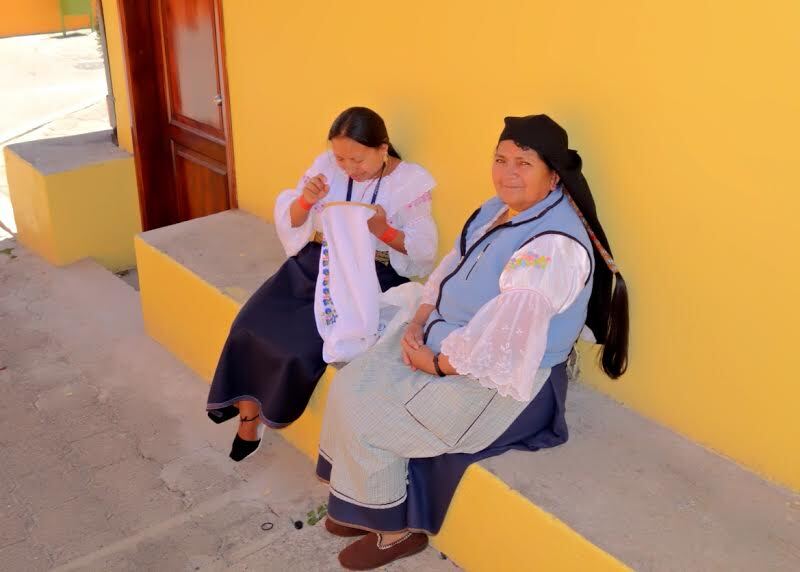 Lunch and dinner were prearranged by Cathy. Exquisite traditional Ecuadorian dishes and local entertainment. What an amazing start to our adventure!

Here's a view of one side of Quito from the mountain top. 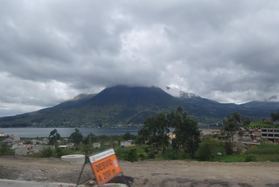 On day two of our trip, we visited Atuntaqui City which was a 2 1/2 hour bus ride from our hotel in Quito. On the way we saw many beautiful mountains and dormant volcanos along "Volcano Alley". We were told a few volcanos in the area were still active.
Atuntaqui City is a lively and popular city for both locals and tourists. Our reason for visiting was primarily for the well-known and large public market.
Leather goods, colourful bags, blankets, handcrafts and jewelry were in abundance. Most stall operators in the market dressed in traditional Ecuadorian garb. Bright colours were everywhere we looked. Once again the locals are full of character and very engaging. 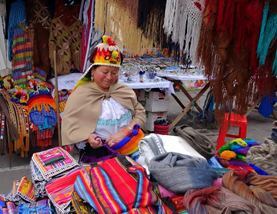 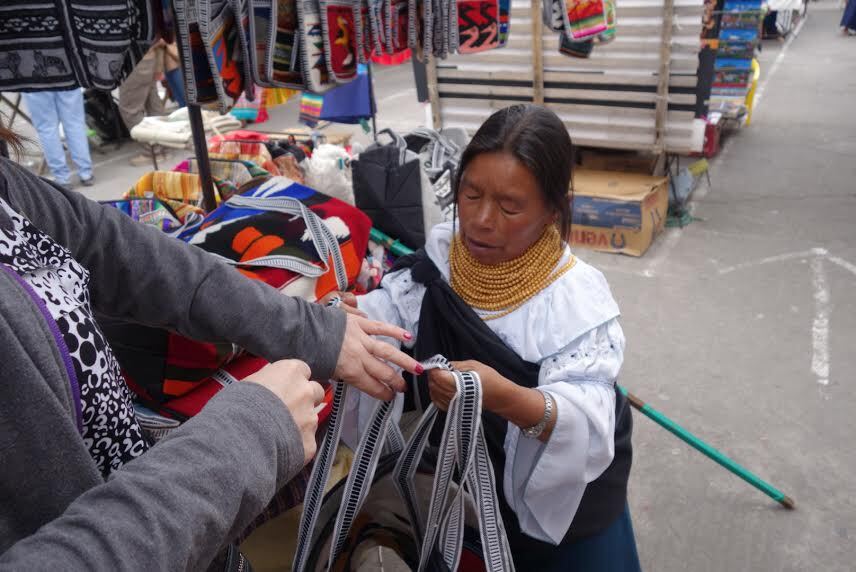 We also found children in and around the markets either in small hiding spots or with their mothers. Beautiful. With no real intention of buying we none-the-less ended up negotiating for a large handbag, a detailed and colourful blanket, scarf and a nice looking leather belt (sized on the spot just for me!). 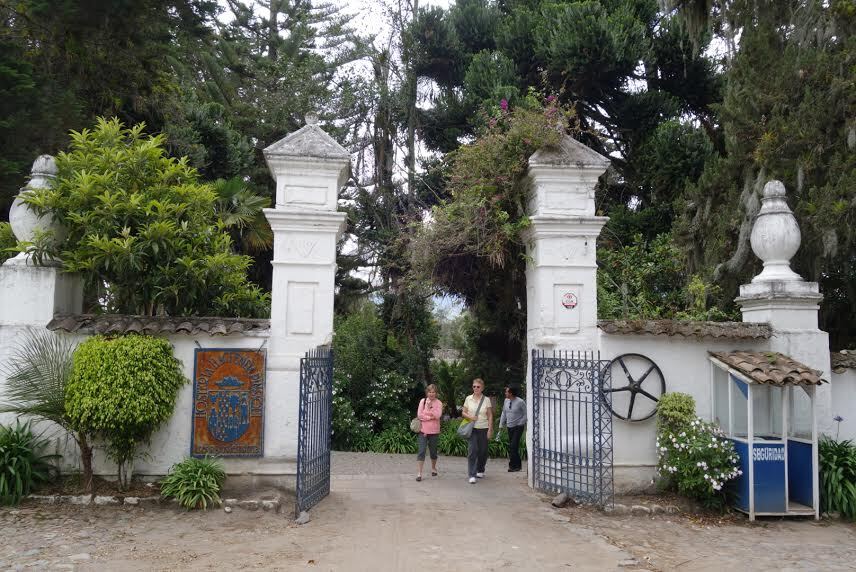 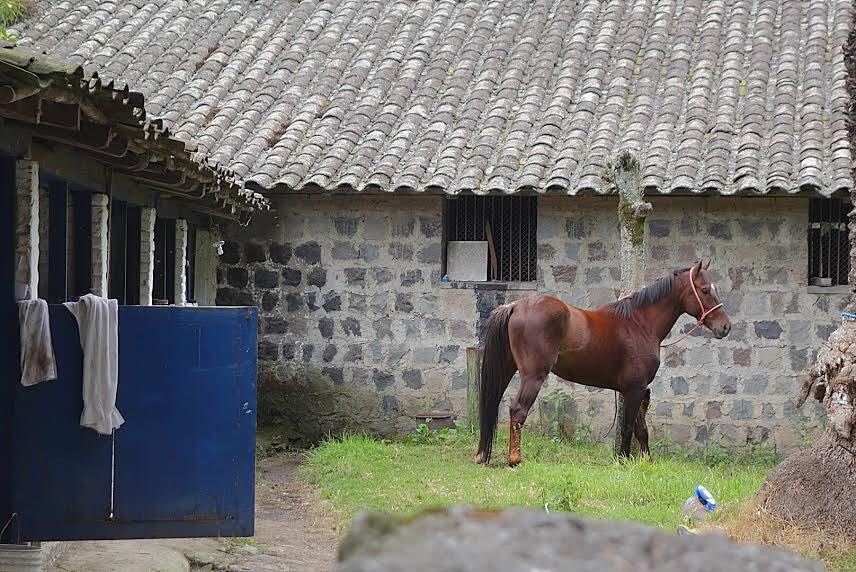 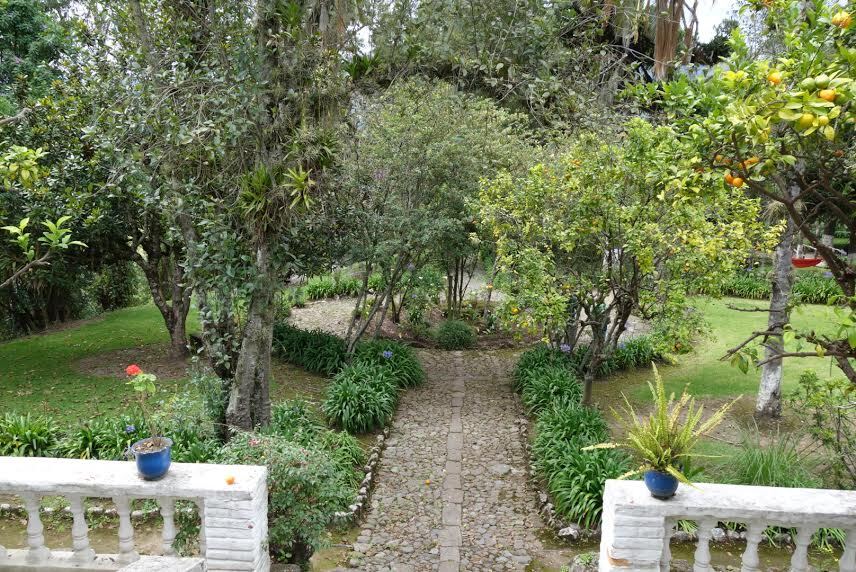 Once again Cathy arranged an amazing lunch nearby at a restaurant / garden / ranch. Simply stunning! Horses, walking gardens and a gourmet meal awaited us. 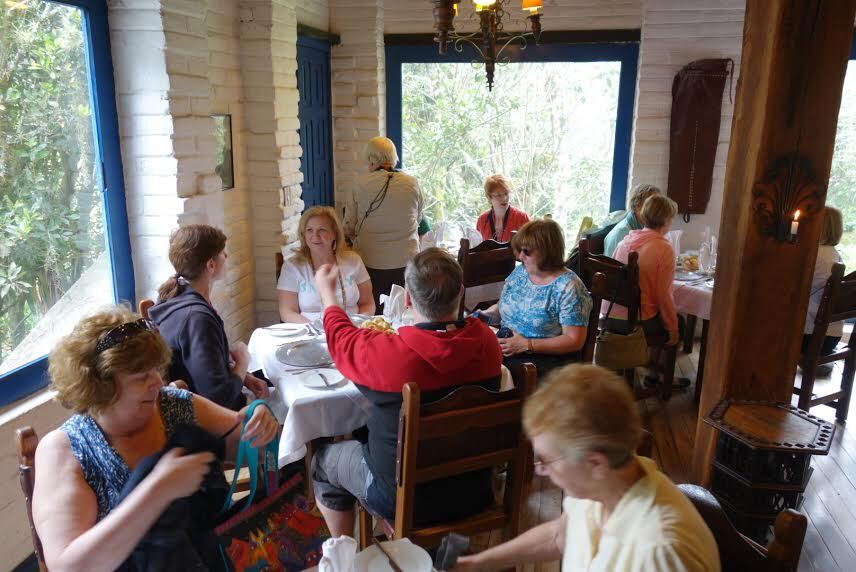 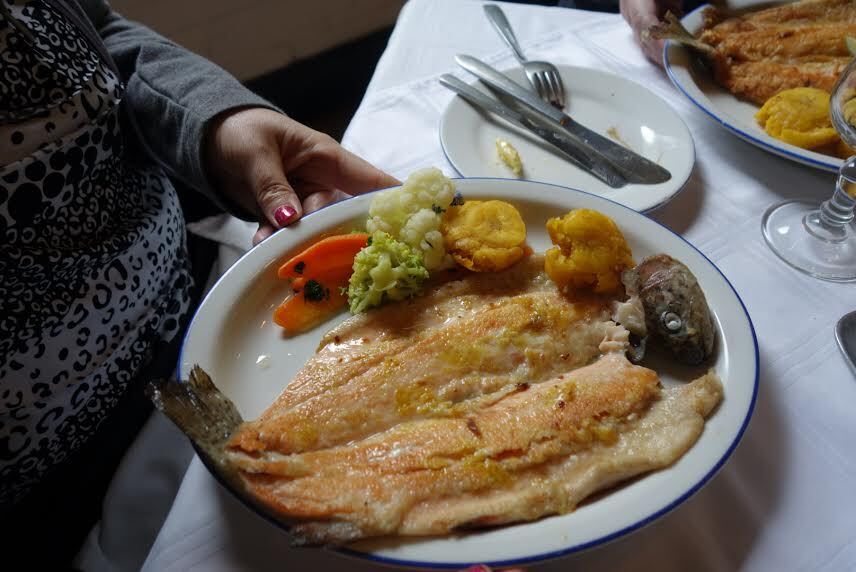 After lunch we were bused to the top of Catacachi Cayapas National Ecological Park where we hiked around a crater lake on an active volcano. Some of the local countryside could also be seen from this vantage point. We could definitely feel the altitude effect of being over 11,000 ft up as breathing became more difficult. Then after a very full day and a long ride back to our hotel we had dinner and got ready for our early morning flight to the Galapagos Island. 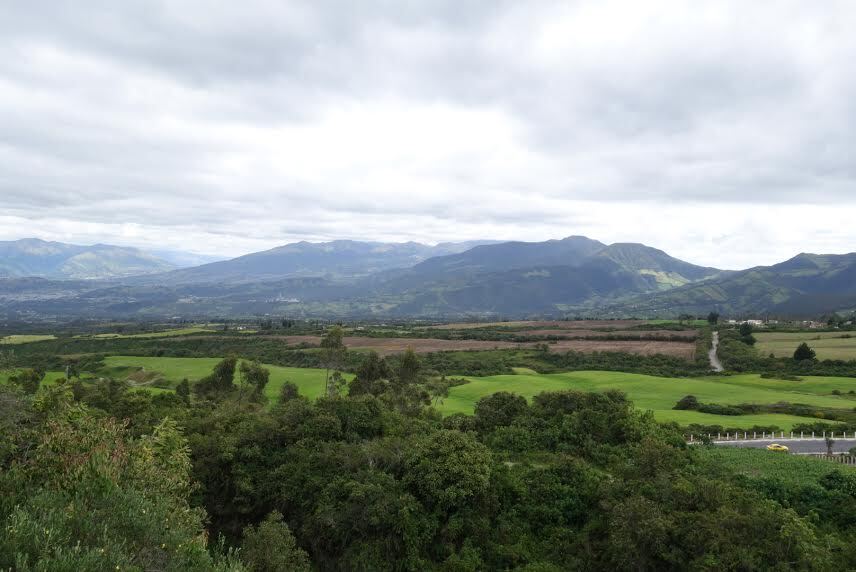 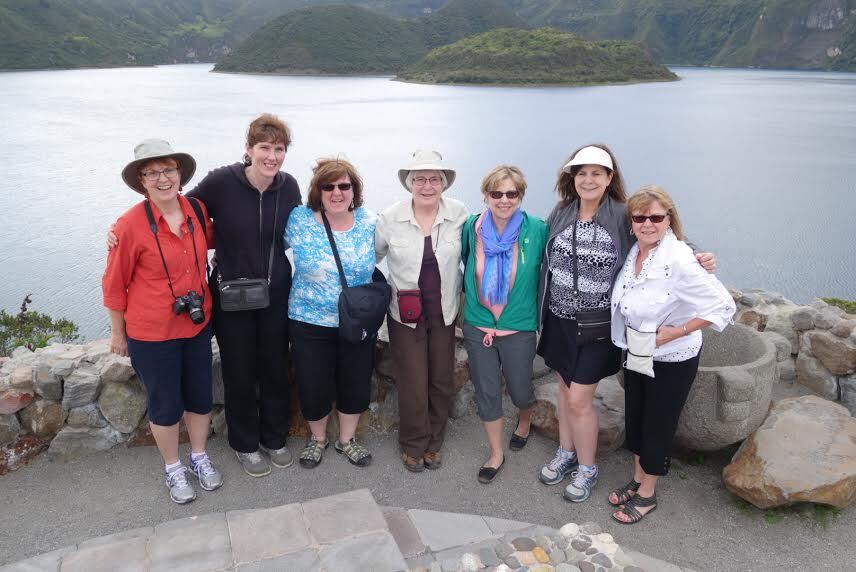 Start your trip to Ecuador

Start your trip to Ecuador