Dream Cruise to the Mediterranean

Our dream has been to cruise through the Mediterranean on a small cruise ship. We had cruised on larger cruise ships in the past, to Alaska and around South East Asia, but I’d always wanted to travel on a smaller ship. Walnut Grove Travel in Langley was able to find us the perfect one! They were incredibly helpful. We decided to bring our family and friends along, for this special occasion, so we booked the owner’s suites, which allowed us to bring our parents and two friends with their spouses. We left Vancouver Airport on Air Canada on our dream adventure.

We started our 11 night cruise on the Royal Clipper (which is one of those old sailing ships from the late 1800’s but it wasn’t actually from those years), and began sailing out of Rome’s port of Civitavecchia, visiting Sicily, Aeolian Islands, the Italian Pontine Islands and routes along Italy’s Amalfi Coast.

The ship was an amazing combination of grandeur, adventure and fun! When we boarded the ship in Civitavecchia, we were tired from our ‘add-on’ four-day whirlwind tour of nearby Rome and surrounding areas. So we decided to simply relax on board and try-out the big Jacuzzi to help us unwind.

Our first stop was Isola Ponza, which was a beautiful island off the coast of Italy. My husband and I walked through the Roman Tunnel, which connects Ponza to Chiaia di Luna. Our friends split their time between visiting Cala Feola and the beach at Chiaia di Luna. 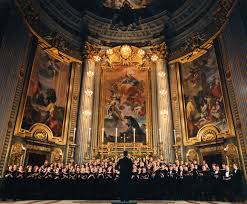 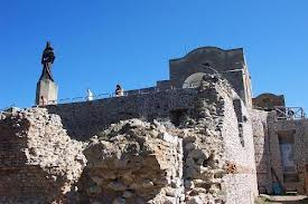 Capri Villa Jovis
In Taormina we went on a tour to see Mount Etna and other historical sites. The countryside was beautiful, as most of Italy has been. I wonder where the poor people live, because we’ve mostly seen beautiful homes and carefully tended yards. It was truly beautiful there and I felt a spiritual connection to the people, land and ocean.
There were a few more stops at Corfu and Kortor, but we mainly stayed on the ship and out of the sun. Our parents went out to explore both places and came back with stories of grand adventures and lots of photos to share.

When we sailed into Dubrovnik in Croatia, we decided we wanted something different. So we took a day trip to visit the oyster farms in Mali Ston on Peljesac Peninsula. We also stopped at nearby vineyards and wineries afterwards for a glass of wine. We found it very educational as the oyster farm owners shared their experience and knowledge with us about the oyster cultivating process. Apparently they have been gathering oysters for more than 700 years! 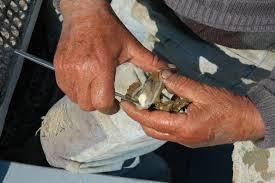 By the time we arrived at our last stop in Venice, I was ready for a change. I wanted to find the home where my ancestors came from in a town called, Ljubljana in Slovenia. My grandfather had visited it in the 1960’s, and he said it looked the same as then, with dirt floors. We rented a car in Venice and drove. It took a few hours but I was glad we went. The same home with dirt floors was there. The villagers were kind and shared stories with us (handed down) about my great-great grandmother when she was growing up there. Before World War I, she was a widow who left her home with her five young children. They boarded a ship, “Sanct Laurent”, in LaHaure, France and travelled to North America to meet her sister in New York City. She was a brave and courageous woman. It was hard not to compare her journey with our recent one. 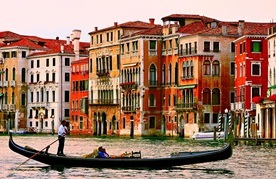 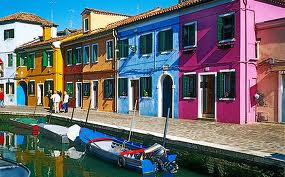 We had a wonderful vacation, relaxing on an amazing ship, and had fun celebrating life with our friends and parents, finally getting to know them as adults, and not just as our ‘parents’.We can’t wait to book another cruise with Walnut Grove Travel and recommend that everyone work with Cathy Eberts! She helped us find the PERFECT cruise for our family.

Start your trip to Dubrovnik, Croatia

Start your trip to Dubrovnik, Croatia