Canoes have become the ultimate symbol of Canada’s sub-Arctic indigenous people. Living where there are more freshwater lakes and rivers than anywhere else on the planet, they became one of the great inland water travelling cultures of the world.
European arrivals quickly came to appreciate the indigenous people’s mastery of building and navigating their canoes. ‘Voyageurs’ and trappers adopted indigenous peoples’ perfectly adapted vessels to explore Canada. Canoes became entrenched into Canada’s history, culture and lifestyle from its earliest years.
Peterborough and the Kawarthas, between Toronto and the national capital of Ottawa, became the ‘Canoe Capital of the World.’ The Kawarthas translates to ‘the land of shining waters’ and with nearly 150 lakes, as well as rivers and streams, it became the home of wooden canoe craftsmanship in the 19th and early 20th centuries. Brands like the Peterborough Canoe Company became renowned internationally.
Each year, the region hosts events for National Paddling Week and National Canoe Day. But year round, here are four, one-of-a-kind ways to immerse yourself in the Canoe Capital of the World:

1. Visit the largest collection of canoes and kayaks in the world.

Peterborough’s Canadian Canoe Museum has over 600 canoes, kayaks and paddled watercraft. The collection spans Canada from East to West to North coasts.
You’ll be able to compare dugouts of the First Nations of the Pacific Northwest with bark canoes from Newfoundland; skin-on-frame kayaks of northern peoples to the all-wood and canvas-covered watercraft manufactured by companies with names like Herald, Peterborough, Chestnut, Lakefield and Canadian.
There are Canadian canoes owned by British royalty and celebrities gifted or loaned to the Canadian Canoe Museum for display, and it’s not only the most comprehensive representation of the watercraft traditions of Canada.
The museum also has watercraft that represent international paddling cultures, including Paraguay and the Amazon.
And the Canadian Canoe Museum isn’t just about the collection on display.

2. Make your own paddle.

Hands-on classes keep canoe, kayak and paddle-making traditions alive and passed along to new generations.
Visitors can sign up to make their own paddles, or even learn techniques to restore family heirloom canoes to get them back out onto the water.
WATCH THE VIDEO AT THE TOP TO MEET A VOLUNTEER TEACHING PADDLE MAKING AND BUILDING NEW VESSELS USING TRADITIONAL TECHNIQUES.

3. Ascend the highest hydraulic LiftLock in the world.

Originally an aboriginal transportation route of rivers and portages, then expanded with canals and locks for logging and shipping goods and people into growing farming communities, the Trent-Severn Waterway connects two Great Lakes along a 386 km (240 mile) route that goes through Peterborough and the Kawarthas.
The inland waterway is now a marine playground and it’s been called “one of the finest interconnected systems of navigation in the world'.
45 heritage locks punctuate the route for paddlers and recreational boaters in renowned ‘cottage country’ along the 386 km Trent-Severn Waterway, connecting the playgrounds of Lake Ontario and Lake Huron. Cruise Canada’s renowned inland passageway through historic lockstations.
Midway, right in the city of Peterborough, Lock 21 puts the city and waterway on the map as the highest hydraulic liftlock in the world. 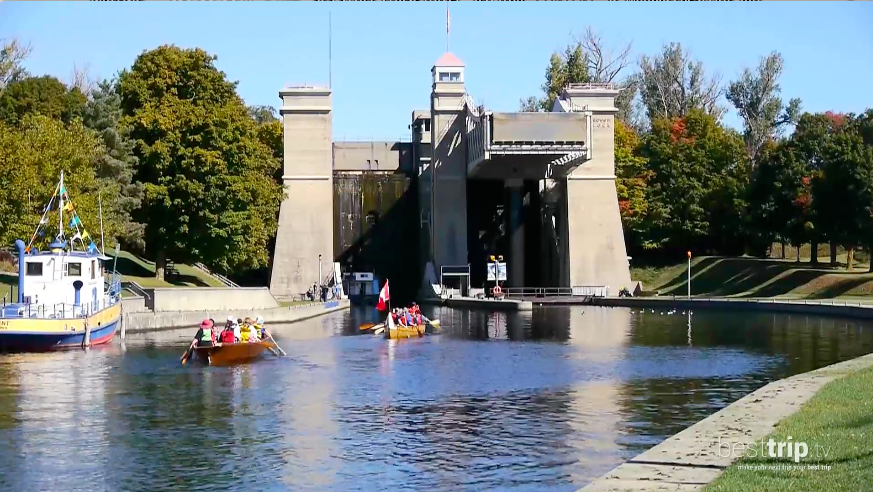 Its two, water-filled tubs alternately lift and lower boats 20 meters (65 feet) from the lower reach of the canal to the upper reach.
Canoeing or kayaking along the Trent-Severn Waterway, and ascending or descending the Liftlocks, is a bucket-list experience for anyone who loves to paddle.
AND

Just a couple of hours north, novice or avid paddlers can explore Ontario’s oldest provincial park. Algonquin Provincial Park shares its name with the indigenous people of the region, and was established in 1893. Today, it’s home to over 7500 square kilometers (close to 2 million acres) of canoe tripping opportunities in rivers, lakes and waterways, with 2000 km (1200 miles) of canoe routes. 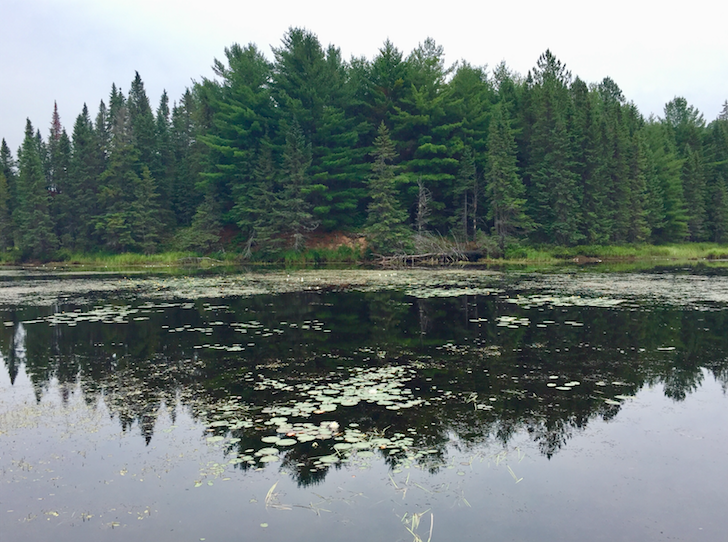 (Algonquin Park: BestTrip TV)
The shoreline landscapes of Algonquin park as seen from the water in a canoe are not only essential Canadian vistas. They also inspired the country’s first national art movement in the 1920’s and ‘30’s. The Group of Seven is also known as the Algonquin School. The landscapes of the Seven and other artists subsequently associated with the Algonquin School remain some of Canada’s most iconic works of art.
Many of us have discovered or rediscovered a love for exploring the outdoors during the pandemic.
Your trusted travel advisor can help you create the perfect canoe adventure in Canada, no matter how novice or experienced your paddling skills.

By: Lynn Elmhirst, Producer/ Host, BestTrip TV
Copyright BestTrip.TV/Influence Entertainment Group Inc or Rights Holder. All rights reserved. You are welcome to share this material from this page, but it may not be published, broadcast, rewritten or redistributed.

Start your trip to Canada, Canada

Start your trip to Canada, Canada

You don't need to snow to discover these Four Seasons mou... more

Staying at home has not just amplified our need to travel... more